June 26, 2019 - Senator Tom Udall (D-NM) and others have introduced the Renewable Electricity Standard Act of 2019 — a bill that would more than double the supply of renewable energy in the U.S. from 18% of electricity generation in 2018 to at least 50% by 2035.Starting in 2020, the Renewable Electricity Standard (RES) would require electricity providers across the country to increase their supply of renewable energy, from sources such as wind and solar power every year. 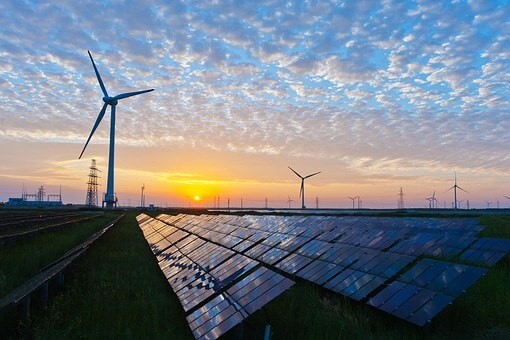 The senators who introduced the new Act — which also include U.S. Senators Martin Heinrich (D-N.M.), Sheldon Whitehouse (D-R.I.), Tina Smith (D-Minn.), and Angus King (I–Maine) — ensured that it meets the recommendations of the United Nations Intergovernmental Panel on Climate Change 1.5° C Special Report, which outlines the standards that must be met worldwide to respond to the existential threat of climate change.

“Climate change poses an existential threat to our environment, public health, way of life, and security – requiring an immediate and aggressive federal response to achieve significant cuts in carbon emissions as well as other pollutants that hurt our most vulnerable communities,” said Udall. “As states step up with legislation to increase the use of renewable energy, the entire country needs to follow suit – or it will soon be too late. America can no longer afford inaction on climate change— that is why I am proud to introduce legislation that meets this challenge and demonstrates that America is still a leader in renewable energy.”

Although several states, including New Mexico, have already passed legislation to require at least 50% clean energy generation by 2030, the U.S. will be unable to take significant steps in addressing climate change unless every state increases its clean energy deployment.

“Increased use of renewable energy will move us toward a sustainable future and a stronger economy,” said Heinrich. “The Renewable Electricity Standard Act will help chart a path to reduced dependence on fossil fuels and incentivizes stronger investments in solar and wind technologies. Transitioning to renewable energy will allow New Mexicans to save money on their monthly energy bills and will create thousands of new, high-paying jobs all across our state. We have the resources, the technology, and the human capital to modernize our grid and reach our climate goals. We just need the will.”

“We commend Senator Udall for introducing the Renewable Electricity Standard Act, which would set the U.S. on a path to generate 50% of its electricity from cost-competitive renewable energy resources by 2035,” said Gregory Wetstone, President and CEO of the American Council on Renewable Energy.

The Renewable Electricity Standard Act of 2019 would:

• Create a federal floor-setting standard that requires each retail electricity provider to increase its supply of renewable energy by a percentage of total retail sales each year, starting in 2020.

• Each kilowatt hour of electric energy generated by a new renewable resource will be entitled to a Renewable Electricity Credit (REC), which will be turned in for compliance.  Under limited circumstances, certain existing facilities that increase their generation, repower, or are not being used to meet state RESs or voluntary market demand could also receive RECs.

• Requires the Secretary of Energy to submit a plan to Congress for changes to the program post-2035 to achieve zero-carbon electricity by 2050.

By requiring utilities in every state to increase their share of renewables at or above the federal floor and excluding existing renewable generation, no state is at a disadvantage because of where they are starting from. For example, teh RES would require that all states meet a base federal standard of 1.5% starting in 2020 (at least for utilities with more than one million megawatt-hours — for utilities under one million MWh, the schedule is half the rate of the larger utilities). The standard would then increase to 2% in 2021 before maxing out at 2.5% in 2030.

“The bill would drive investment in our nation’s power generation infrastructure, improve affordability, and reliability for consumers, and accelerate the ongoing transition to America’s renewable energy economy,” added Wetstone. “ACORE welcomes the opportunity to work with Senator Udall and others in Congress as the Renewable Electricity Standard Act advances through the legislative process.”

The U.S. Department of Energy would be in charge of monitoring compliance under the legislation, which would make changes to the Public Utility Regulatory Policies Act.

“We strongly endorse Senator Udall’s bill to continue the transition of our country to a clean, renewable energy economy and we applaud his unwavering work to get Congress to act on the climate crisis,” said Camilla Feibelman, Rio Grande Chapter Director of the Sierra Club. “Now is the time for this kind of substantive action. Our climate is on a collision course with disaster and the repercussions threaten this generation and generations to come. Senator Udall’s bill is a clear acknowledgement that our circumstances are dire and that we need bold, corrective action to meet our greatest challenge head on and to embrace the opportunities that clean energy creates,”

The full text of the bill text can be found here.